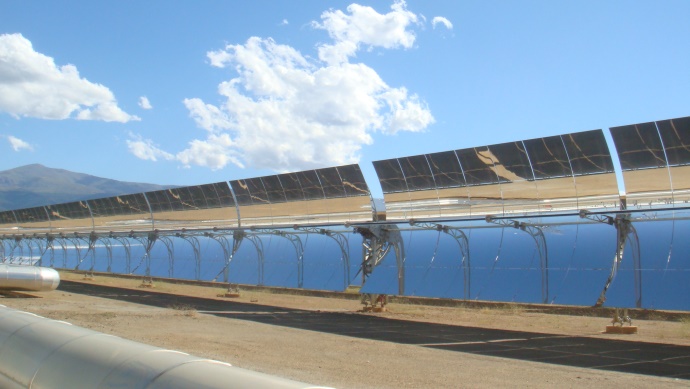 The big advantage of solar thermal power plants is their flexibility regarding fluctuations in demand, in particular in combination with co-combustion with gas or biomass. Moreover the technology is in a position to produce electricity also at night respectively in cloudy conditions by thermal energy storage. This means stable controlling capacities without coal, gas or nuclear power.

Especially in countries with high solar radiation, the solar thermal energy has still a high potential for growth. We primarily see opportunities for so-called “multiple power plants” in the low to medium power range (1 – 10 MW) that in addition to electricity can generate water and/or cold with solar energy. Solar thermal energy allows the combination of power generation, desalination of sea water, steam generation, cooling or process heating.

And since the implementation is carried out with well proven standard technologies such plants can be realized relatively quickly – for combined generation of electrical energy, drinking water, process heat or cold.