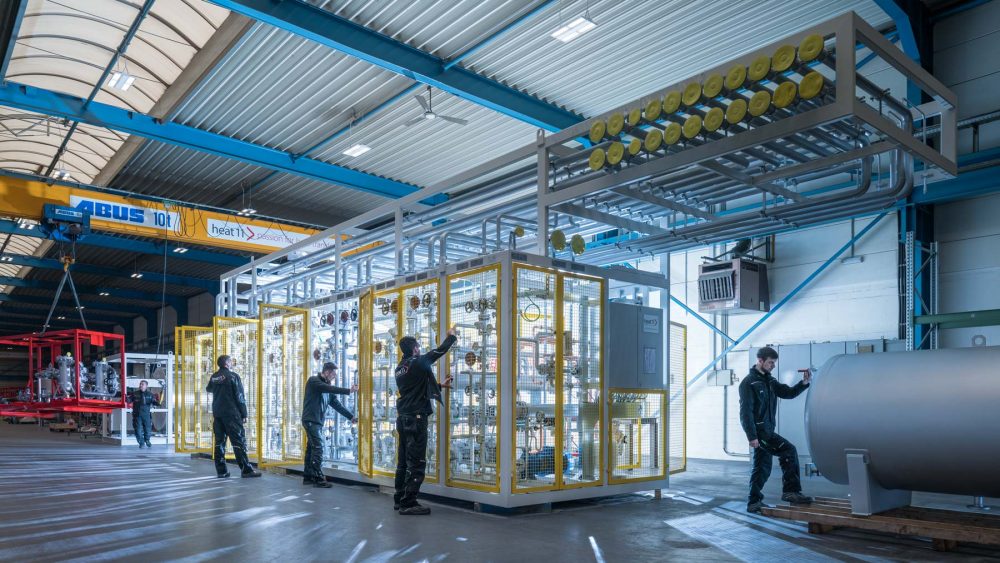 heat 11 manufacture in Loehne (Germany) shines in a new light

The production hall »heat 11 manufacture« in Loehne (Germany), which was newly equipped at the beginning of 2017, is now working in full capacity because with the take-over of the hall, productivity and energy efficiency had already taken hold in form of the plants produced there. Only the aging lighting system still needed an urgent upgrade.

The old lighting installation consisted of 54 mercury vapor lamps each with 400 watts of electrical power consumption and a total of 21,6 kW. This corresponds to a capacity of approximately 10 household ovens that are running at least 10 hours per day!

At around 2.500 operating hours per year, there was still plenty of potential for savings. This was quickly recognized and implemented by the Arnsberg company TRILUX in October 2017. The old mercury vapor lamps had been replaced by modern LED lights.

The additional feature: An intelligent energy management system, as already known from smartphones, dims down the light in the 2.200 m² hall when the sun is shining and thereby saves additional electricity.

These savings also have an impact on the eco balance because a total of 25 tons of CO2 emissions are saved each year thanks to the blatantly lower energy consumption!

By way of comparison: A normally grown beech with a height of 23 meters binds approximately 12,5 kilos of CO² per year. This means that 80 trees need to be planted to compensate only one (!) ton of CO2 per year by trees.

Energy efficiency is therefore not only important for heat 11 thermal oil heaters, but also practicated in-house.