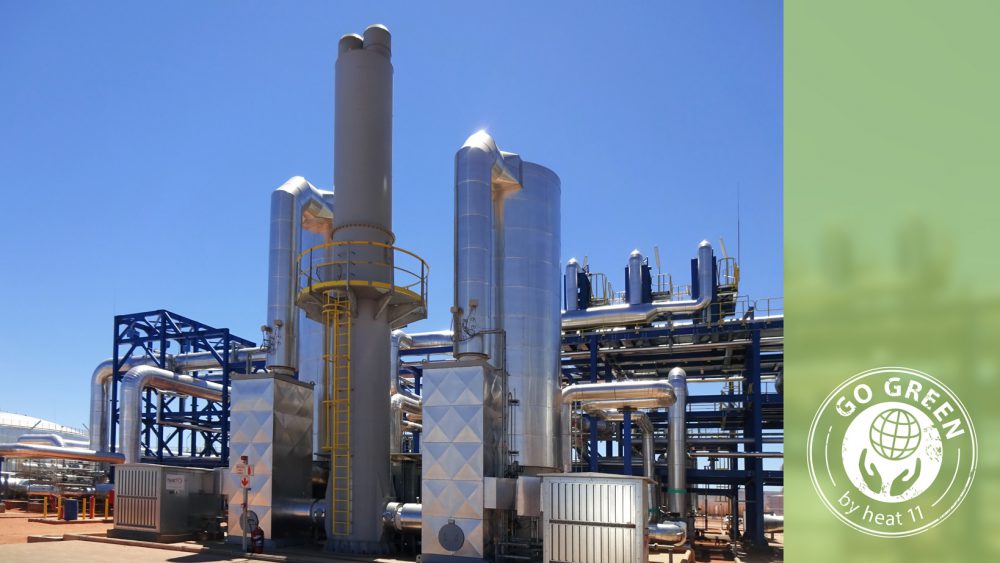 25 km east of the South African city of Upington, the 100 MW parabolic trough solar power plant »Ilanga CSP 1 / Karashoek Solar One« is being built by order of the project development company »Ilangalethu Solar Power« with the help of heat 11 GmbH & Co. KG in accordance with the specifications of the »Renewable Energy Independent Power Procurement Program (REIPPP)“ – a national program to promote private investments in the continuously growing renewable energy sector in South Africa. 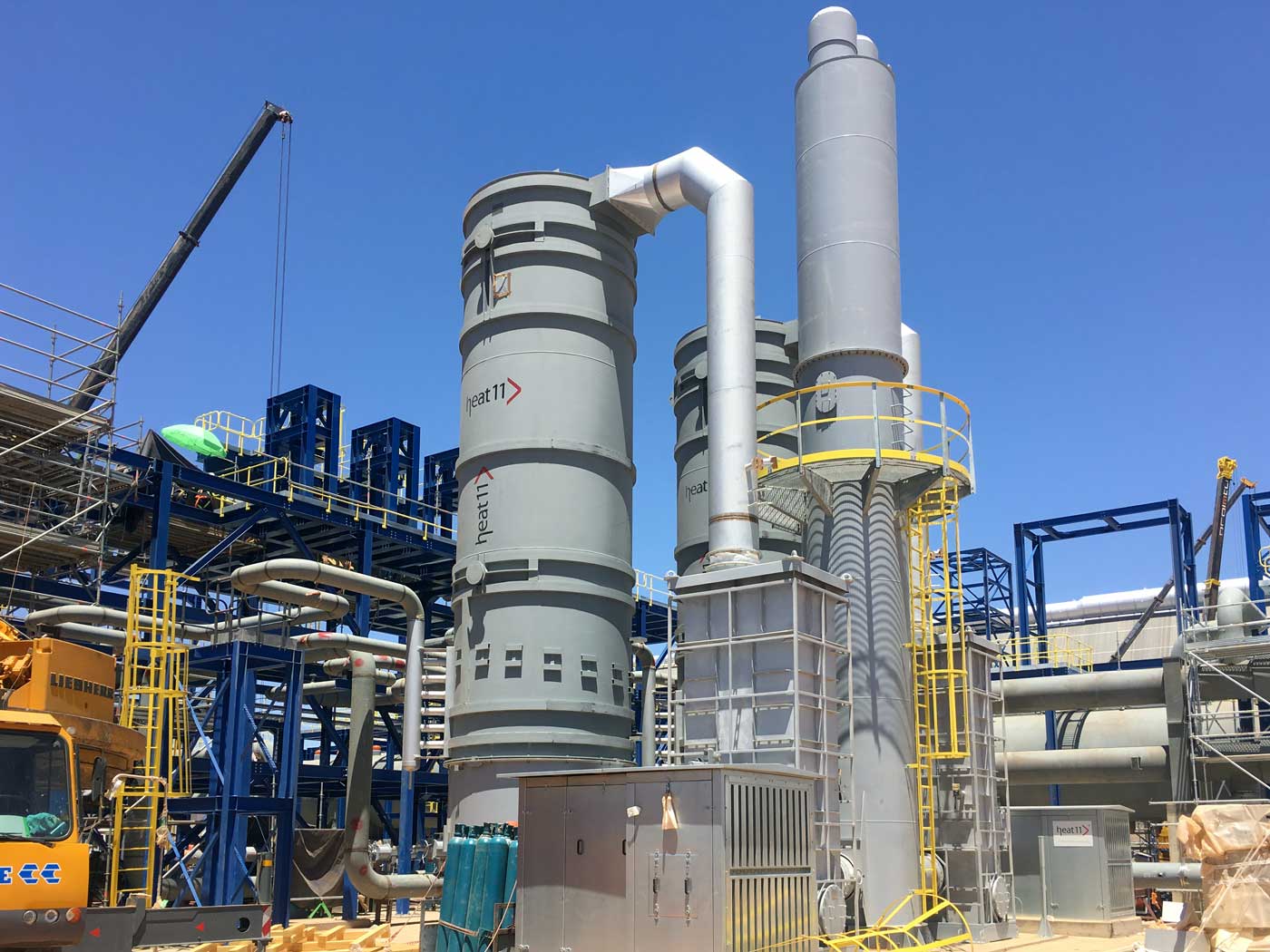 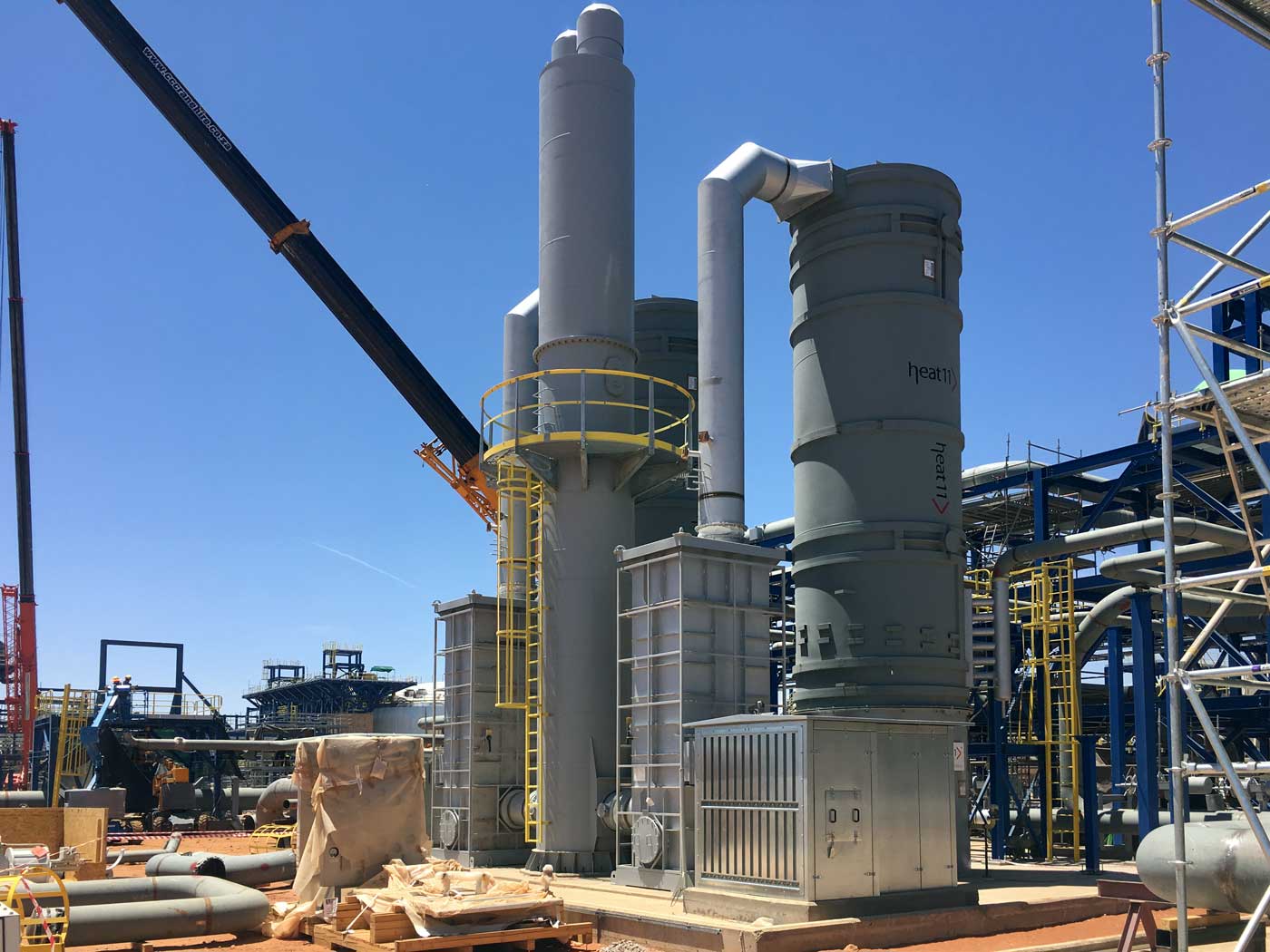 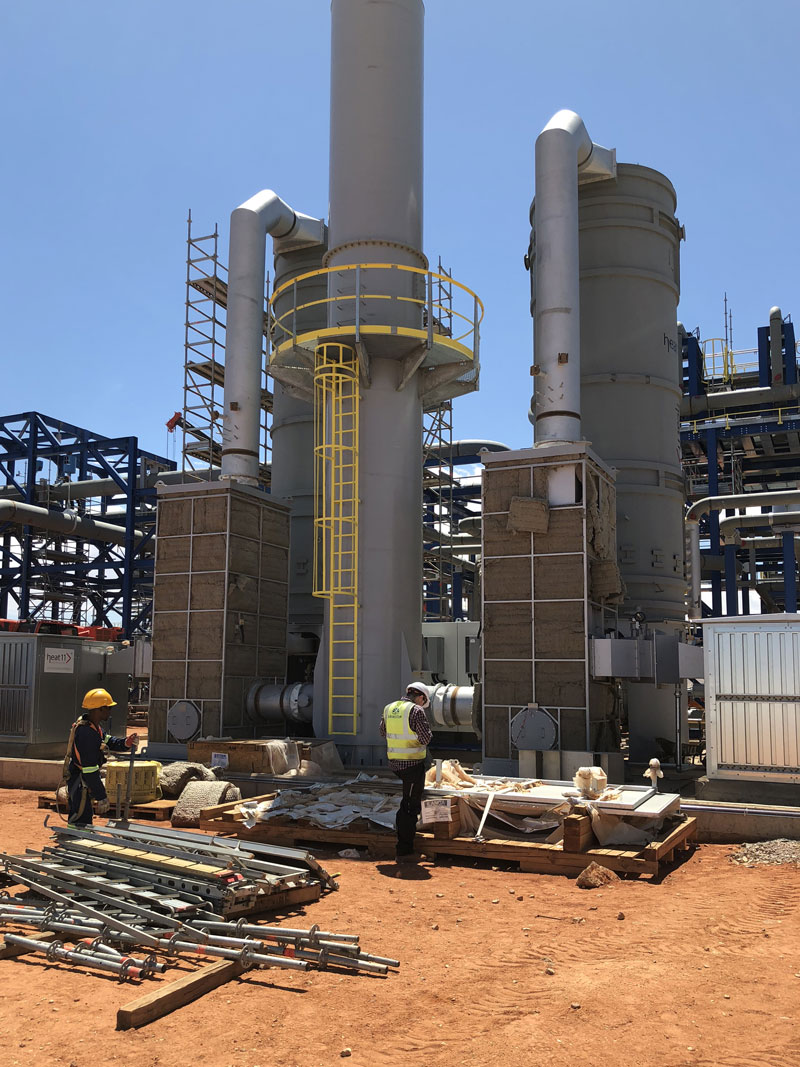 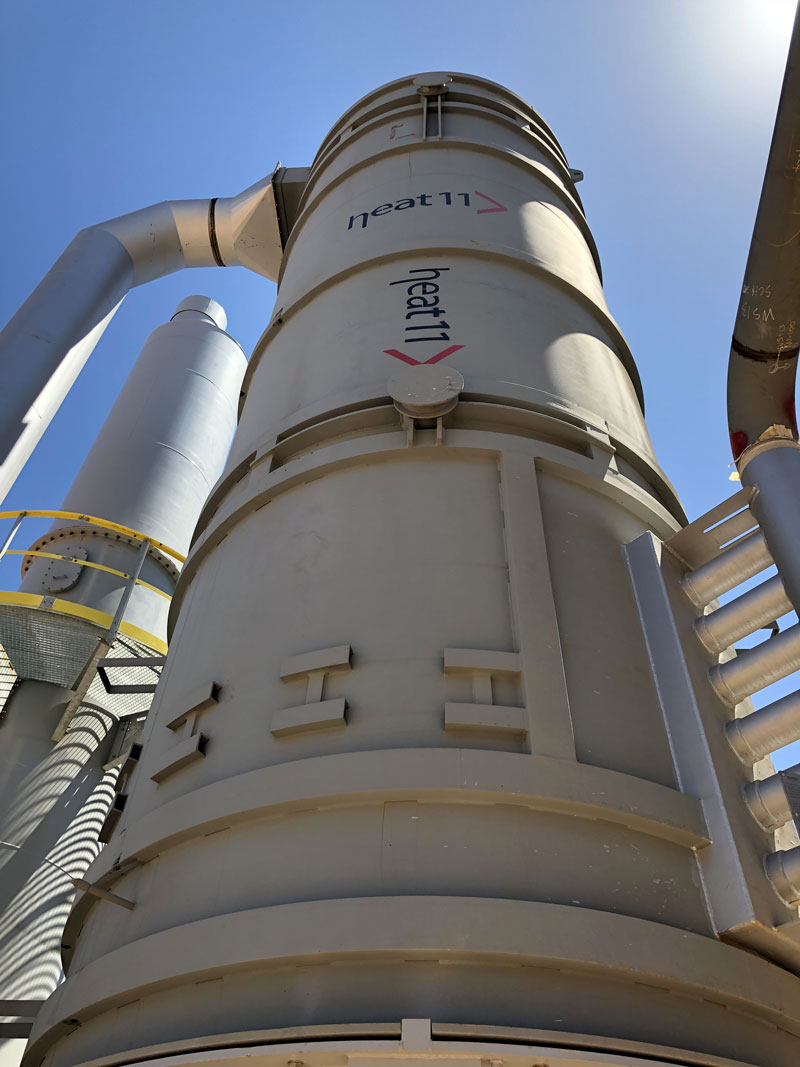 South Africa with its high solar radiation values has an extraordinary potential and the optimum preconditions in combination with an extreme space availability to sustainable benefit from renewable energy sources.

As a result of this, the government decided a national objective: By 2030, 18 800 MW shall be gained just from renewable energies. The realization of already 79 different projects within the REIPPP programs has yielded 5 243 MW of renewable energies so that a quarter of the desired objective has already been achieved today.

In the past three years, the company Emvelo has played a decisive role in the implementation of the objective, in particular by the project management of »Ilangalethu Solar Power«, an independent power generation organization which developed and implemented the project »Ilanga CPS 1«.
Beyond the national target of gaining 18 800 MW from renewable energies by 2030, Emvelo has the ambitious vision at Karoshoek »solar valley« to build parabolic trough solar power plants with a total capacity of 1.1 GW of renewable electricity on 34 000 ha of land. The parabolic trough solar power plant »Ilanga CPS 1« with its 100 MW is part of it already.

At the end of April 2017, heat 11 will supply two fired heaters with 7 MW each, which will be used as so-called »night-heater« or »anti-freeze-heater«. Since the temperature of the heat transfer carrier during longer standstill times, e. c. during the night, threatens to sink below the solidification point of 12 °C, the boilers heat up the solar field and the entire heat transfer circuit and thus ensure the functionality of the power plant.

Here you can learn more about the functioning of parabolic troughs. 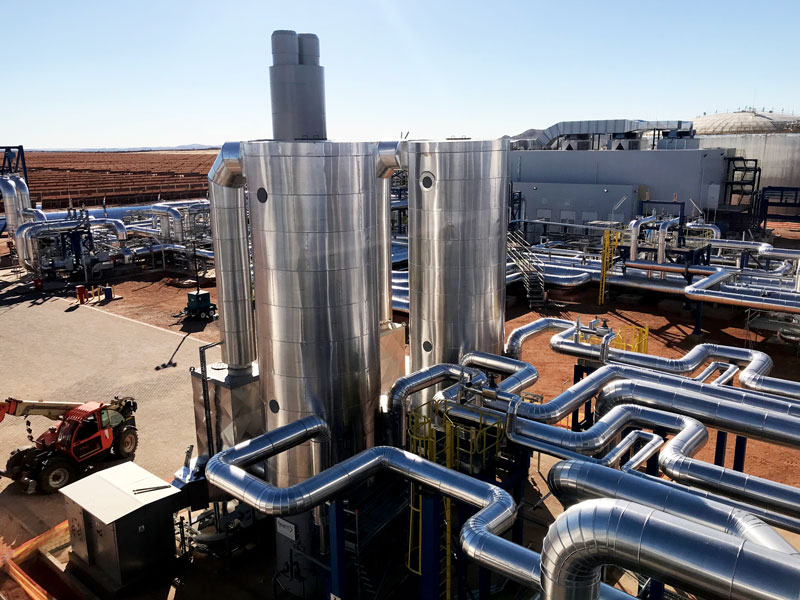 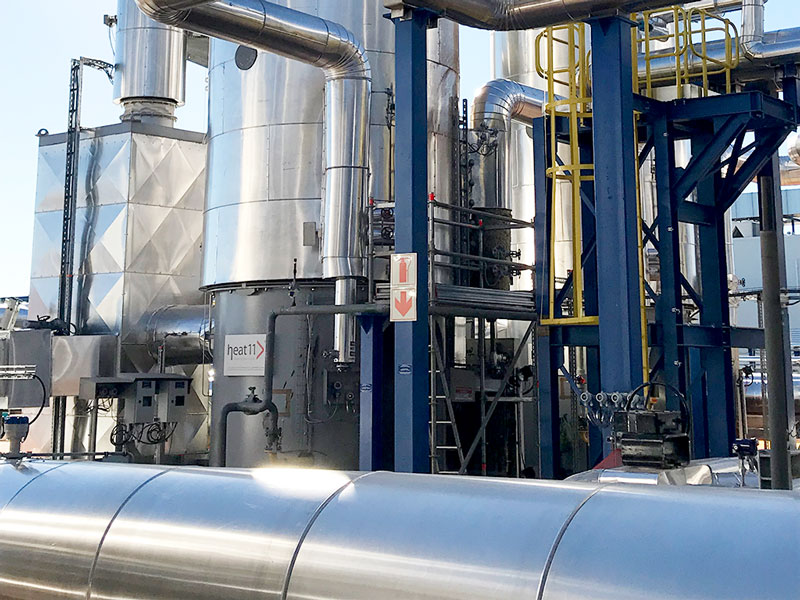 Alone the project „Ilanga CSP 1“plays a decisive role as positive engine for development for the region: Precisely because the economic growth can not be based solely on renewable energies, special emphasis is placed on domestic investment as well as on socio-economic support services through the creation of working places as well as on the emergence of local firms and further training of the employees. As a result of the realization of the project, foundation stones are laid for multiplication effects in other local industry sectors and future employment is possible by further education.

Thus, only „Ilanga CSP 1“ ensures that 41 000 working months will be created during construction and running time – solely by the construction of the power plant 1 000 people are employed and beyond 60 to 80 people will be employed with operating activities later.

Especially to be emphasized is that around half of the supply parts to be processed in the production or the work performed by the employees in the assembly are „local content“ – that means the realization of the project „Ilanga CSP1“ results in a very high regional value-added share of almost 50 percent by using national or regional capital goods.

It is particularly noteworthy that in the course of the project a very high proportion will be spent on the affirmative action progam B-BBEE (Broad-Based Black Economic Empowerment) to achieve economic equal opportunity of previously disadvantaged citizens in South Africa. 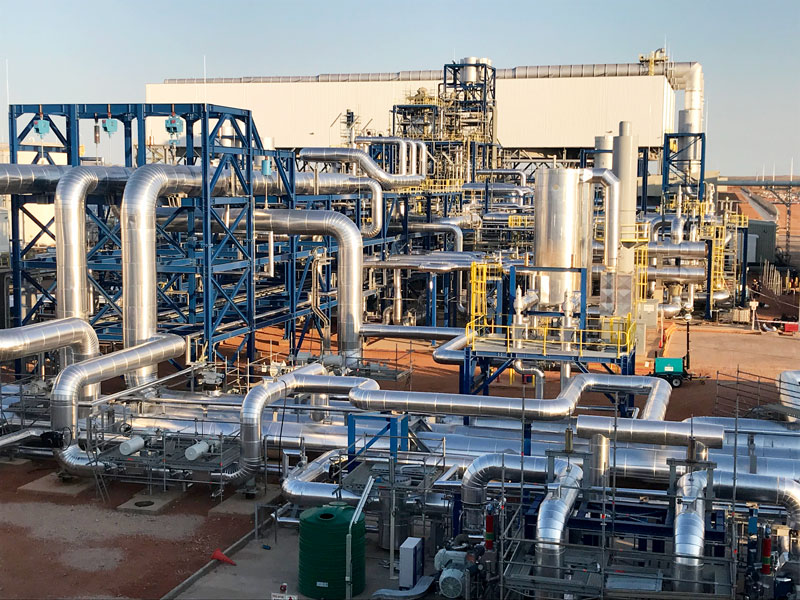 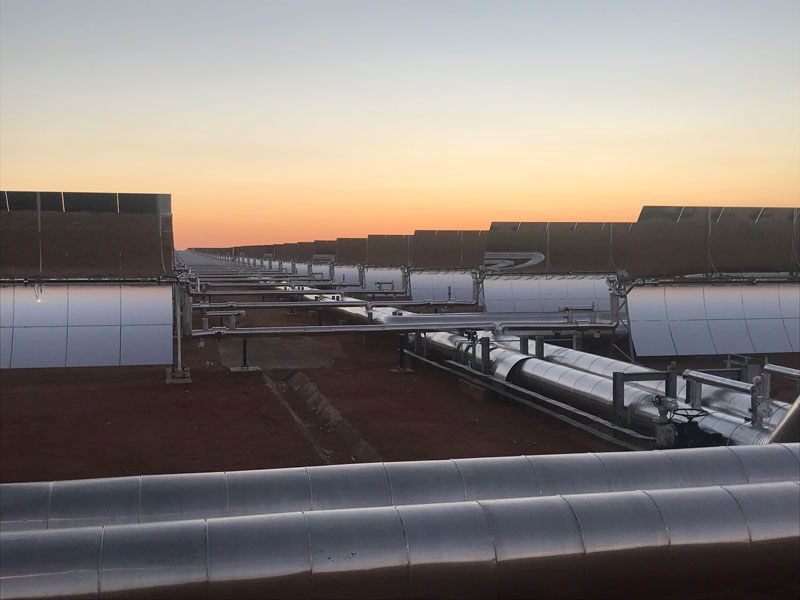 The plant will be in commercial operation for 20 years. Within these 20 years, half a billion Rand shall be fed into the socio-economic development, in 2037 the project will search for a new procuration since the parabolic trough solar power plant for purely technical reasons would have a running time of additional 15 to 20 years.

heat 11 GmbH & Co. KG is very pleased that it could make its contribution to the equal opportunity, to the social compensation and above all to the environmental sustainability.